The concept started in 2016, Taronga’s Centenary year, celebrating Taronga Conservation Society’s commitment to saving 10 key species and their habitats within the next ten years, with a light walk at Taronga, as well as a street parade down Sydney’s Macquarie Street. Also part of the inaugural year was a NSW schools program and an architectural projection show that set up the vision and the experience for the light Taronga walk. Visitors experienced Taronga’s vision in the precinct as if they were walking into the film presented on the heritage entrance facade, creating a primary experience never seen before at Vivid, with light objects, integrated theatrical lighting and sound.

The artistic treatment evolved over the following 12 months to include a longer light walk, a spectacular and enormous pixel mapped walk-through Port Jackson Shark, three local species of beautiful bees appeared in Taronga’s trees, and hundreds of other new creature light objects, as the concept developed for 2017.

The third year saw a more detailed and refined exploration of the schools program, with a program designed to bring the visions of NSW school kids to life. Focusing on the drawings of 12 lucky individuals, Ample’s designers and makers created 12 light sculptures based on the school kids’ drawings and writing about species and conservation. Each of the Taronga 10 creatures was given a new baby sibling, and a model of our fragile planet, framed by a ring of stars representing the Milky Way was designed based on the drawings of Hugo and Charles Tory. The original Taronga 10 giant trailer parade animals were re-skinned with fabrics incorporating custom designed patterns inspired by the NSW school kid’s drawings.

The written thoughts and hopes for conservation of all the schools program participants were incorporated into the Taronga soundtracks with a voiceover, recorded with a group of Rozelle Public school kids including Orson and Alice Keeler. The subtle voices of the children could be heard throughout the precinct, mixed into the ambient soundtracks, adding a new and very meaningful layer to the experience. Ample’s film ‘Light for the Wild’ evolved over the three years, ending it’s journey in the fabulous new Taronga Centenary Theatre for 2018. Ample redesigned and amended the visual story and the soundtrack, creating a new theatrical version of the film film that will play at the Taronga theatre beyond the Vivid event.

Ample’s giant Port Jackson Shark was reimagined and redesigned to replace the projection show on the heritage entrance facade as an entrance / exit tunnel with a splash and theatrical lighting. A collection of new ‘classic’ Ample Taronga animals designed by Ample’s Artistic team also joined the light sculpture menagerie in 2018, a creepy gang of Redback Spiders, a beautiful pixel mapped Goanna, some Baby Sea Turtles, a pixel mapped Weedy Sea Dragon. A stingray and a school of fish designed by Taronga’s Burbengana participants, was also a special highlight in Taronga’s Piazza at the top of the hill. 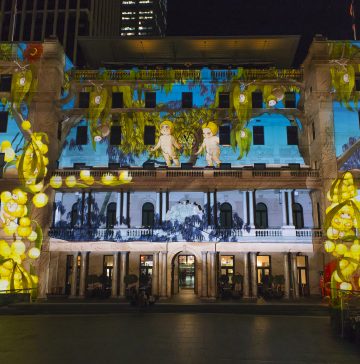 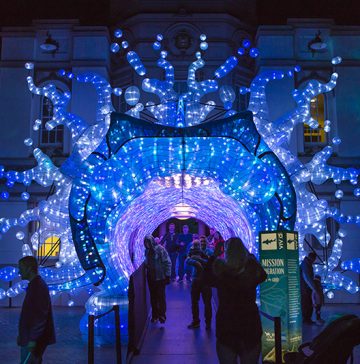 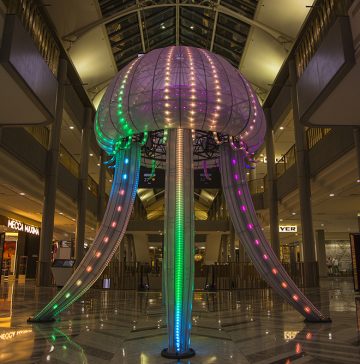 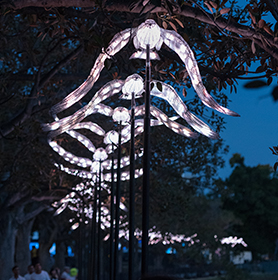 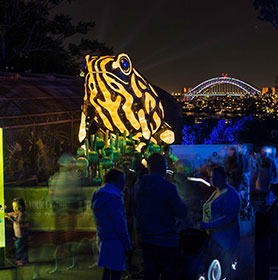 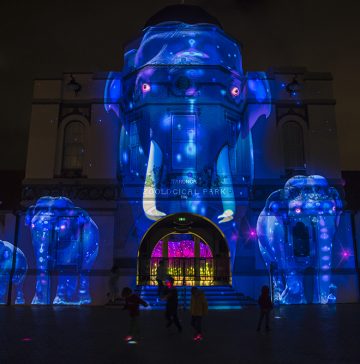 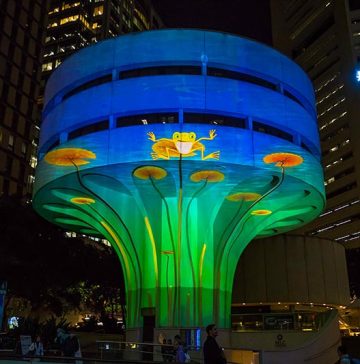 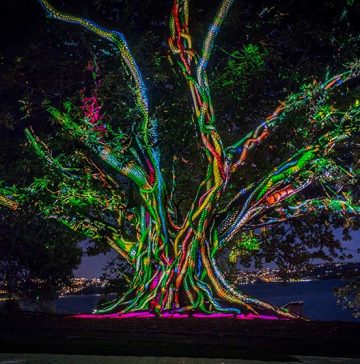 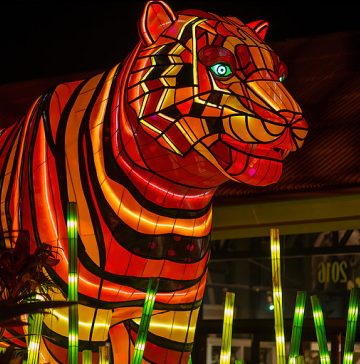 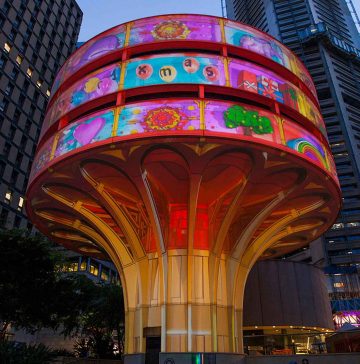 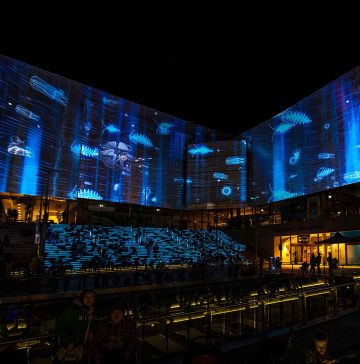 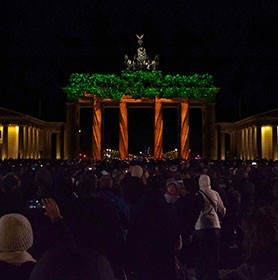 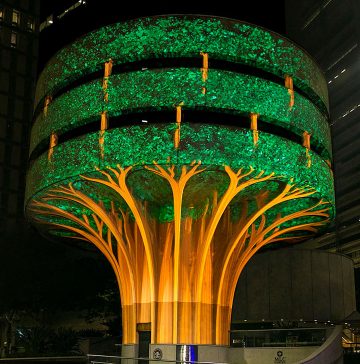